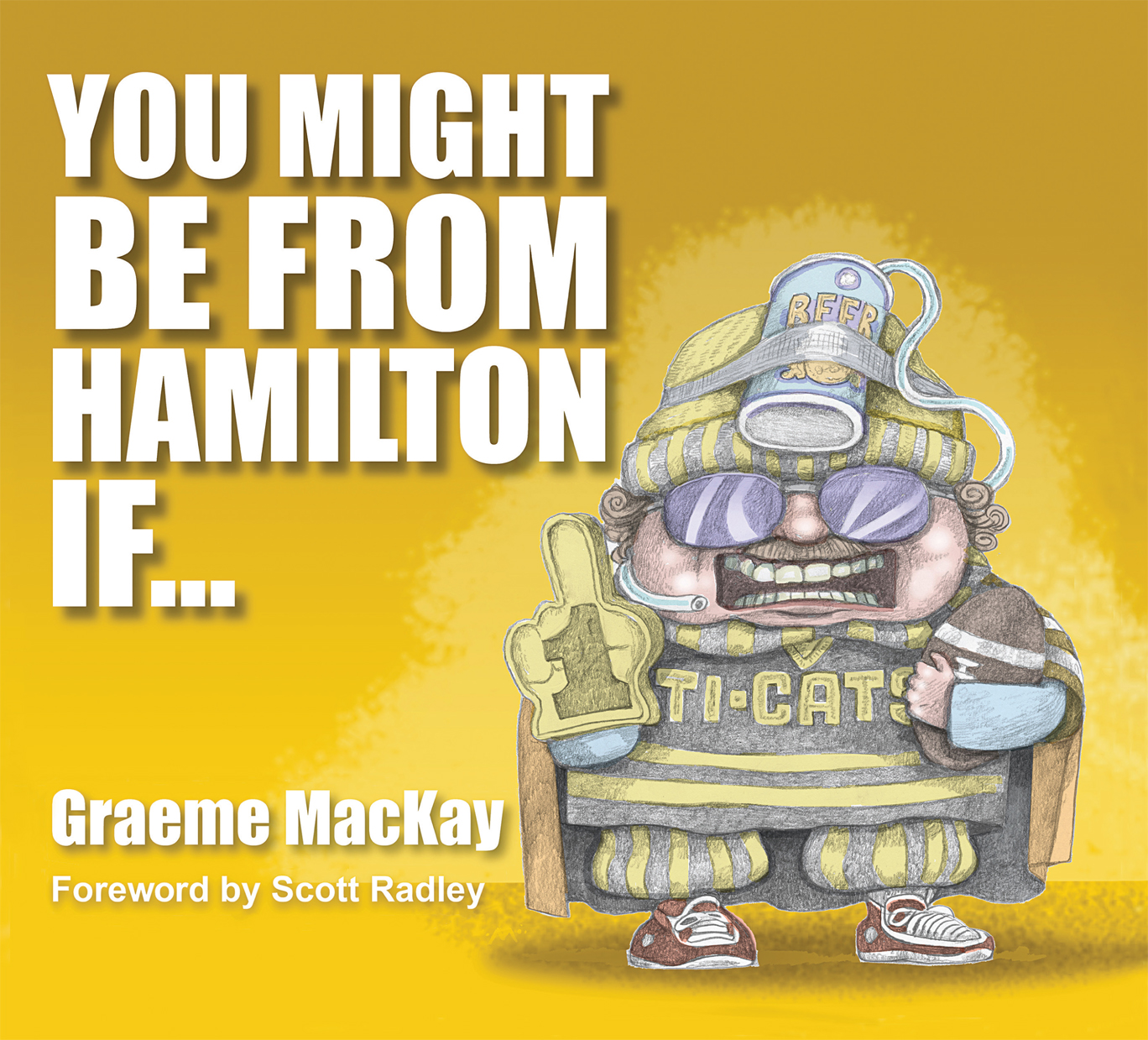 The Hammer. The Ambitious City. Steel town. Canada's tenth largest city, Hamilton, Ontario, has been called a lot of things. But Hamiltonians, near and far, know they can always come home to a place that has a rich history... and a lot of amusing stories only locals would know. Graeme MacKay, a Hamiltonian born and bred, knows this city's quirks and characters. With more than 120 cartoons, illustrates what so many people have come to love (and perhaps cringe a little) about this port city.

BRILLIANT. . . A gem by the funny, insightful and brilliant cartoonist Graeme MacKay! All Hamiltonians and cartoon fans alike should have this in their libraries. Treat yourself to a fun, introspective and unique romp in the city MacKay loves! —Sue Dewar, cartoonist, SunMedia

UNIQUE . . . Graeme MacKay's wonderful ability to point out human fallibility and madness on the national and international stage is also readily apparent when he casts his gaze on his home—Hamilton, Ontario. Like Stephen Leacock in Sunshine Sketches of a Little Town,MacKay's work captures the unique essence of his beloved city's politics and culture and inevitably elicits a knowing laugh from his readers. —Brian Gable, editorial cartoonist for the Globe and Mail