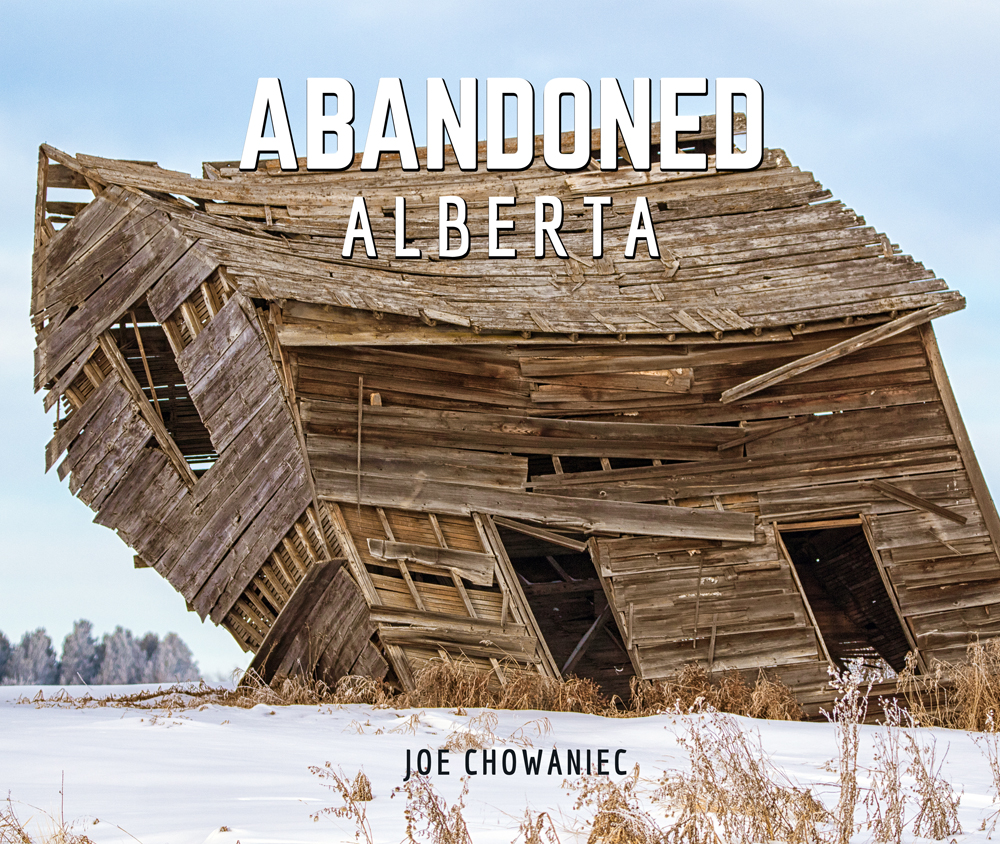 The stunning images found in Abandoned Alberta offer a window into our past, showing life as it was then, and stirring in us the emotions of wonder and curiosity about those who have gone before us and the lives they lived. Joe Chowaniec started the Facebook page Abandoned Alberta in January 2017, which today has more than 26,000 members.

Alberta is in Joe Chowaniec's blood, and you might say Abandoned Alberta is his love letter to the province. Where others may see only decay and rot in these long-forgotten locations, Chowaniec sees exquisite beauty.

HAUNTING
"Every time one of Joe's photos pops up in my social media, I admire his skill, imagine his excitement as the shutter clicked and smile. In Abandoned Alberta, he aims that talented eye at the remnants of days gone by and captures a haunting and sublime tribute to the province he knows so well and loves so much."
BILL WEIR, CNN climate correspondent and host of the TV series The Wonder List

Joe Chowaniec's passion is Alberta and abandoned buildings. His photography has
been published in the Calgary Herald, Times of London, The Guardian, Air Canada EnRoute, The London Sun and Carin Bondar's book, Wild Moms. He lives in Edmonton with his wife, Rami.