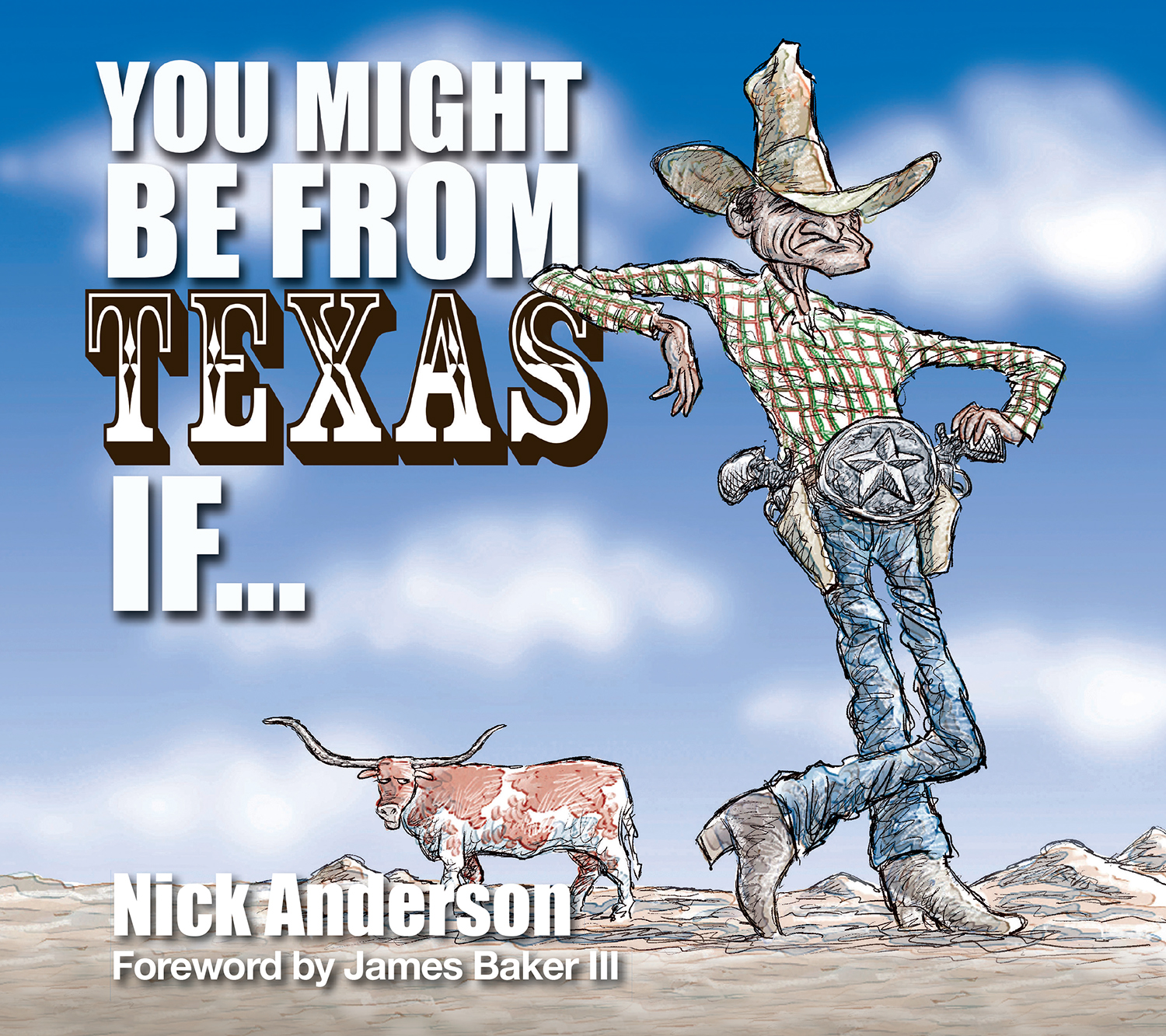 "You're definitely from Texas if you can see yourself in Nick Anderson's wonderful cartoons and still laugh at who we are and where we come from. This book should be given to every new immigrant to our state so they'll know what they're in for."

— Lawrence Wright, Pulitzer Prize winning author, screenwriter, playwright, and a staff writer for The New Yorker magazine, said about You Might Be From Texas If ...

She is the winner of Texas Reads: One Book, One Selection, Spur Award for Best Long Novel of the West, and Jesse H. Jones Award in the 2015 Texas Institute of Letters competition

You Might Be From Texas If ... is a delightful, illustrated romp through this one-of-a kind place. Pulitzer Prize winning cartoonist Nick Anderson delivers his unique take on America's most unique state, tickling the funny bone on every page. As Anderson proves, this is a state that is proud of who it is and likes nothing better than a good laugh.

Nick Anderson is the cartoonist of record for the Houston Chronicle. In 2005, he won the Pulitzer Prize. In addition to the Pulitzer, Anderson earned the SPJ's Sigma Delta Chi award in 2000, the 1999 Fischetti Award, and first-place honors for editorial cartooning in the Best of Gannett Awards in 1996, 1997 and 1999. In 1989, he won the Charles M. Schulz Award for best college cartoonist. Anderson's cartoons have been published in Newsweek, The New York Times, The Washington Post, USA Today, the Chicago Tribune and other papers.