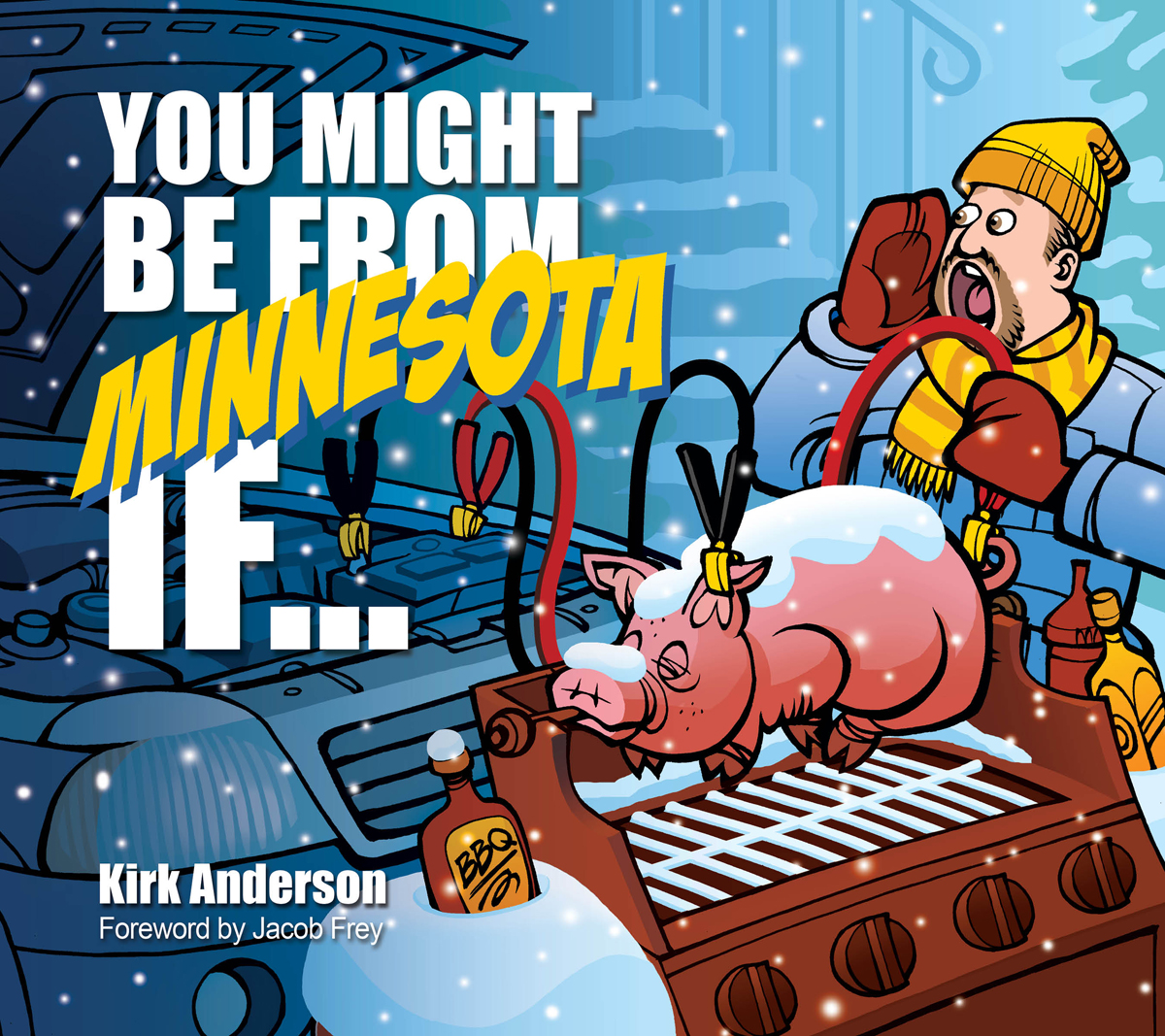 You Might Be From Minnesota If... is a delightful, illustrated romp through the State of Minnesota. From one of the most celebrated cartoonists in the US, Kirk Anderson delivers his unique take on America's most unique state, tickling the funny bone on every page. As Anderson proves, Minnesota is proud of who it is and likes nothing better than a good laugh.

WACKY
"Lucky me! I get to write a blurb for a book by one of my favourite cartoonists ever, Kirk Anderson! Minnesotans have been enjoying Kirk's clever satire and lively art for decades, and now he's sharing his unique insights into everything that makes this place special ... the good, the bad, and the just plain wacky. You betcha you might be from Minnesota if you have this hilarious book on your living room coffee table!"
— Steve Sack, Pulitzer Prize-winning cartoonist, Minnesota Star Tribune
HILARIOUS
"Minnesota and its people are far more diverse and fascinating than Garrison Keillor's Lake Wobegon may have led you to believe. And there are few who present that in funnier fashion than Kirk Anderson. Anderson captures the culture in all of its contradictions, comforts and absurdities, hilariously portraying what makes life in Minnesota so unique... and uniquely rewarding."
— Rob Hubbard, arts critic, St. Paul Pioneer Press

Kirk Anderson's award-winning cartoons have been seen regularly in the St. Paul Pioneer Press and the Minneapolis Star Tribune. His cartoons have been reprinted in The New York Times, The Onion, Washington Post, Newsweek, Los Angeles Times, USA Today and Forbes.com. Kirk has also illustrated magazine and book covers, and contributed animation to documentary films. His work has been chosen for exhibitions from the Warhol Museum to the Middle East.

Order it now via Barnes and Noble

Order it now via Anderson's Bookshops