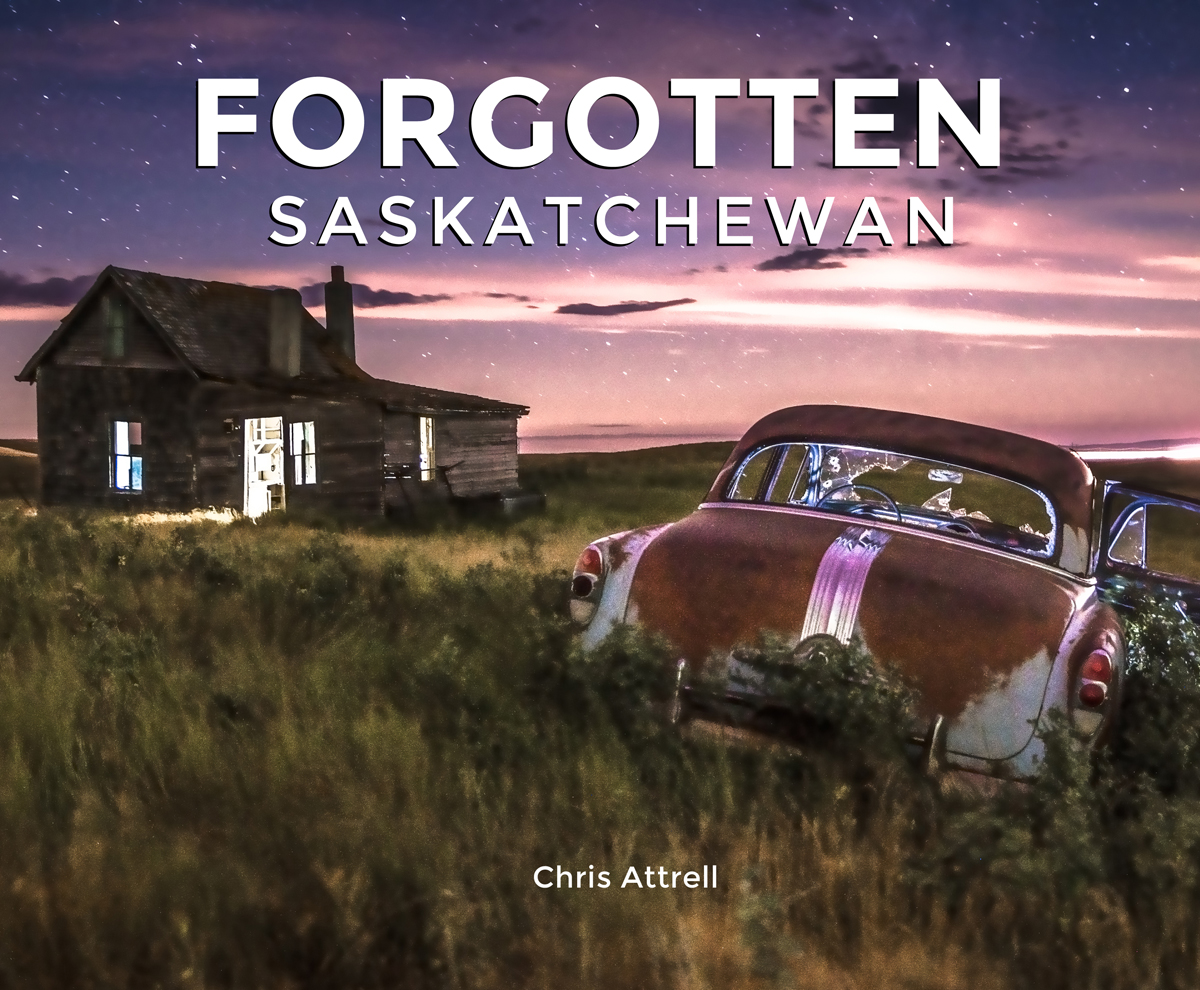 The stunning images found in Forgotten Saskatchewan offer a window into our past, showing life as it was then, and stirring in us the emotions of wonder and curiosity about those who have gone before us and the lives they lived.

Saskatchewan is in Chris Attrell's blood, and you might say Forgotten Saskatchewan is his love letter to the province. Where others may only see decay and rot in these long-forgotten locations, Attrell sees exquisite beauty. This is the book he was destined to do.

BREATHTAKING
"Chris Attrell's mission is to lift the dark blankets away from a forgotten Saskatchewan. Each of his photographs uncovers a glimpse of the hauntingly breathtaking beauty of a past that is unique to all of Canada, while speaking volumes of a once simple but noble cause for survival. It is a mission Attrell knows must be preserved forever."
— JOHNNIE BACHUSKY, journalist and author

INCREDIBLE
"Chris Attrell is one of those people who inspires us with his images of forgotten Saskatchewan. Through his eyes and camera, you get a truly magnificent look into Saskatchewan's past. His work is incredible."
— MIKE STOBBS, winner of the National Geographic and Nikon Canada awards

Chris Attrell has been photographing the "forgotten" beauty of Saskatchewan for almost 20 years. His work has been featured in the National Post, Saskatoon StarPhoenix, Regina Leader-Post, Fine Lifestyles Magazine, Prairie Post and CBC Saskatchewan. Exhibits of his work have been shown in galleries across the province.

Order it now via McNally Robinson