Back to: New Books 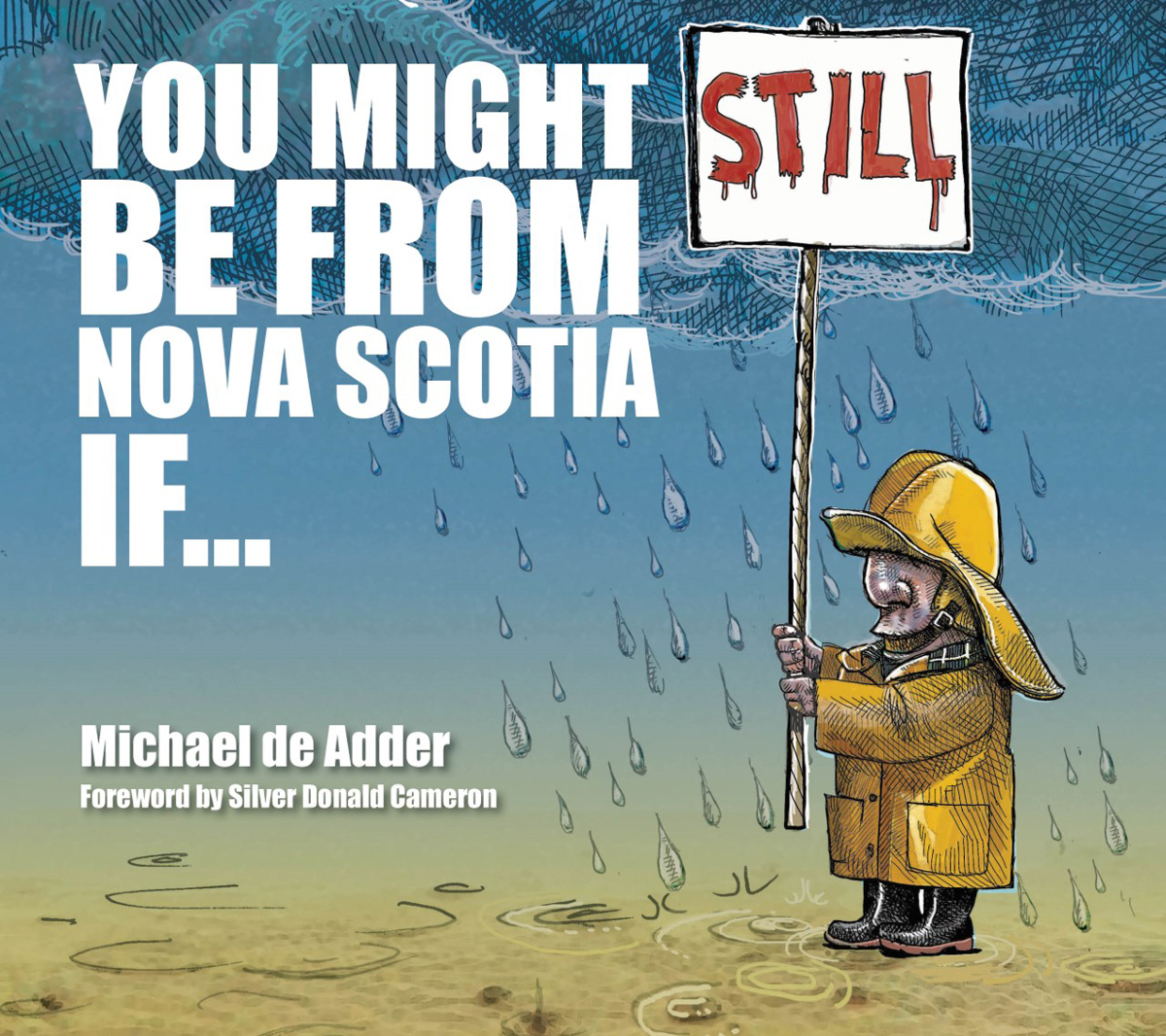 You Might STILL Be From Nova Scotia If... is another delightful, illustrated romp through the province of Nova Scotia. Six years and multiple national and regional newspaper awards later, Michael de Adder is back home where he belongs.

If you thought you laughed and sighed with recognition in the original, get ready for a rip-roaring snorter of a treat with You Might Still Be From Nova Scotia If... As de Adder proves again, this is a province that is proud of who it is and likes nothing better than a good laugh, especially at itself.

CHUCKLE
"Mike de Adder's brushwork is as inviting as that of Maud Lewis's homey and comfy pictorials, and the ideas are as catchy and memorable as anything by Andy Warhol. Mike de Adder's depictions of Bluenose life are so deft, so telling, that you have no choice but to smile, chuckle, shake your head, and then tear up in nostalgic recollection or acknowledgment of, yep, that that's the way things were — and are — if you're still from Nova Scotia."
— George Elliott Clarke, seventh Parliamentary Poet Laureate (2016 and 2017)

BRILLIANT
"Cartoonist Michael de Adder may be best known nationally and internationally as a brilliantly witty, spot-on, acerbic social commentator and political balloon-pricker. But in this latest collection, You Might Still Be From Nova Scotia If... Michael shows another, gentler side. He's still brilliantly witty, spot-on, and occasionally acerbic too, but his love for this unique place and our sometimes-quirky ways and wisdoms shines through every page. Recommended for locals and CFAs alike."
— Stephen Kimber, Author, Sailors, Slackers and Blind Pigs: Halifax at War

Michael de Adder has won the American Association for Editorial Cartooning Golden Spike Award and has been nominated for a Reuben. In 2019 he was nominated for a National Newspaper Award. In addition to the Chronicle Herald, de Adder draws for the Toronto Star and is the cartoonist of record for the (Parliament) Hill Times. His work has appeared in the Chicago Tribune, Vanity Fair, The Guardian, and the New York Times, among many others. He is the author of four bestselling books including You Might Be From Nova Scotia If...