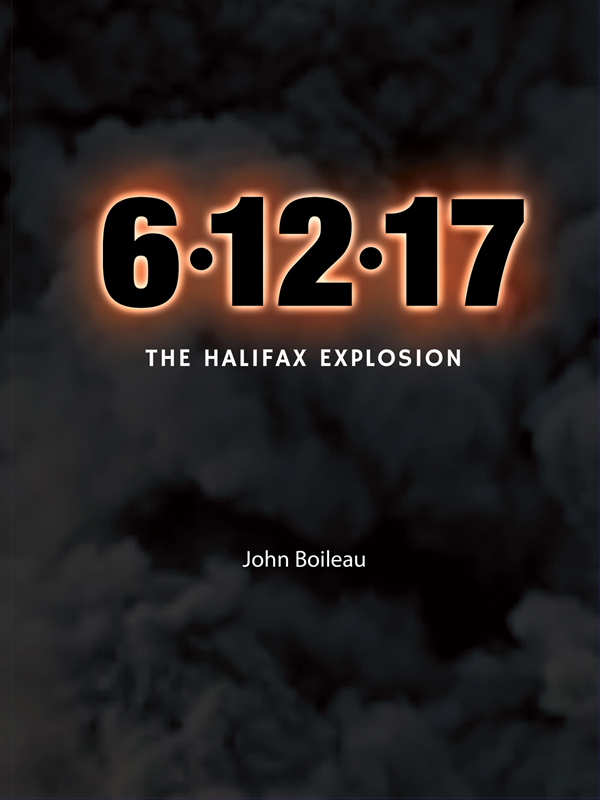 On December 6, 1917, two tramp steamers, the Mont-Blanc and the Imo, collided in wartime Halifax Harbour, creating what became the largest man-made explosion of its time. More than 2000 people died, 9,000 were injured, 6,000 people were left homeless and an additional 19,000 were left without adequate shelter. In a combination of words and images (many never seen before), John Boileau delivers a breathtaking account of the magnitude of this event.

The Halifax Explosion of 1917 was the largest man-made explosion before Hiroshima. Such a disaster today would generate a worldwide storm of video coverage, but the actual photographic record is sparse. This handsome book helps us see this century-old catastrophe as never before.

— Robert MacNeil, author of the novel Burden of Desire

John Boileau's new offering contains information about the Halifax Explosion that is textually interesting, visually expressive, and exoteric in its overall presentation. People of all ages who are interested in the subject matter will enjoy this book.

— Joel Zemel is the author of Scapegoat: the extraordinary legal proceedings following the 1917 Halifax Explosion.

A superb piece of historical research, concise and well written, yet presented in a richly

— Daniel Soucoup is the author of A Short History of Halifax and Explosion in Halifax Harbour, 1917

John Boileau served in the Canadian Army for 37 years, retiring as a colonel in 1999. He is a graduate of the University of New Brunswick and is currently Honourary Colonel of The Halifax Rifles. Mr. Boileau is the bestselling author of a dozen books of historical non-fiction, as well as hundreds of magazine and newspaperarticles, book reviews and opinion pieces. In 2012, John received the Queen Elizabeth II Diamond Jubilee Medal for his contributions to the history and heritage of Nova Scotia.